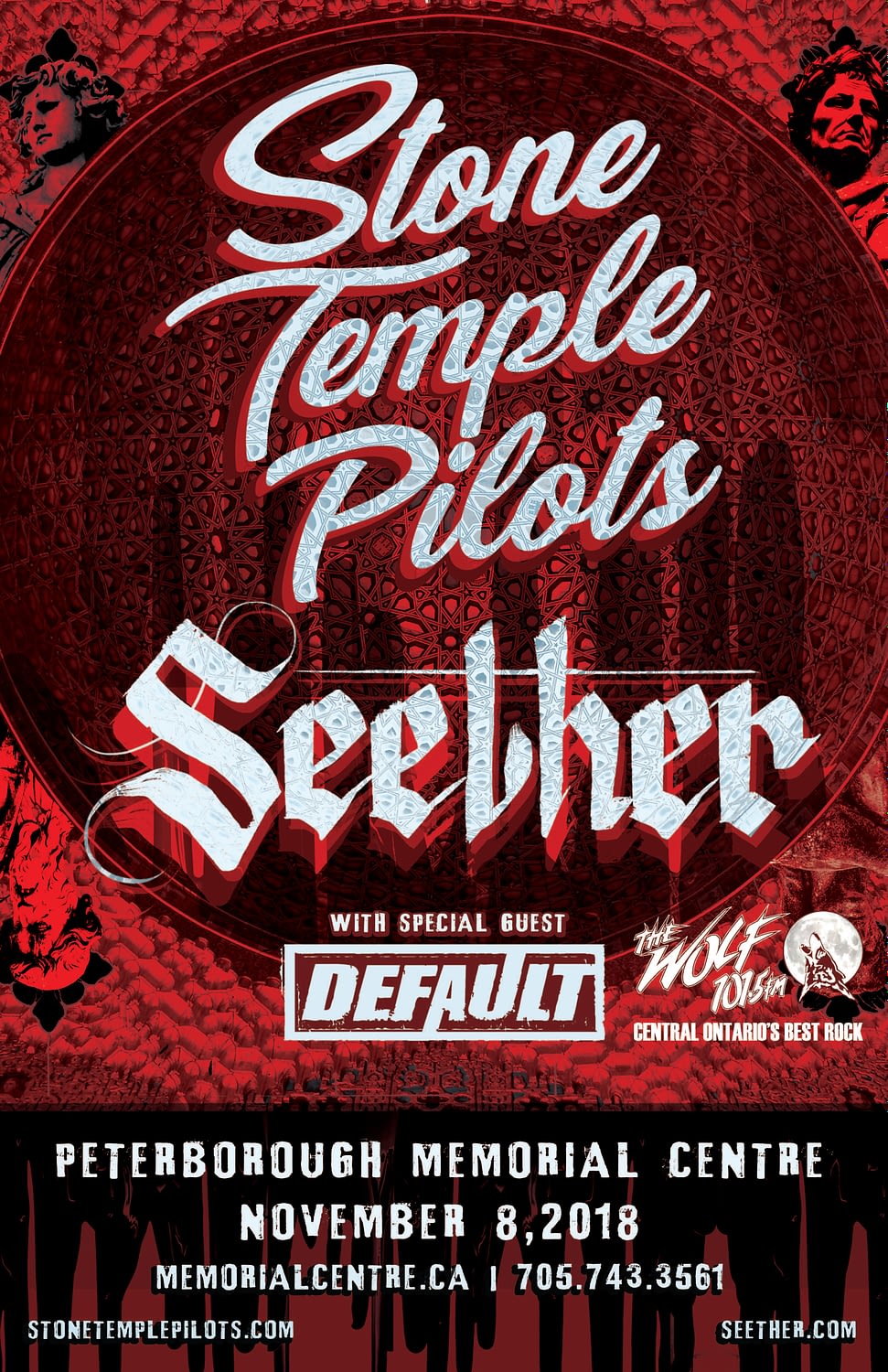 With over 50 million albums sold, Stone Temple Pilots roared on to the scene in 1992 with their raucous debut, Core. A breakout success, the album peaked #3 on the Billboard 200 chart, and dominated radio waves with hits like “Sex Type Thing,” “Wicked Garden,” and the Grammy-Award winning, “Plush.” STP founding members Dean DeLeo, Robert DeLeo, Eric Kretz, along with new lead vocalist, Jeff Gutt, released their seventh studio album, Stone Temple Pilots (2018), and just wrapped the Rev 3 tour to rave reviews.  The Atlanta Journal Constitution said, “STP made the comeback they’ve been trying for,” and DC Music Review stated, “The band was tighter than ever.”

With fourteen Rock Radio singles, including three #1 hits, multi-award winning, Platinum-certified Canadian rock band, DEFAULT is set to return to the road this fall. Formed in 1999, the JUNO Award winning group will reunite with multi-platinum, award-winning entertainer Dallas Smith at the helm, after amicably disbanding in 2013, following a career that saw meteoric success in North America and other parts of the world. Best known for their timeless hit “Wasting My Time”, which soared to #1 in Canada and #2 in the U.S., Default is; Dallas Smith (lead vocals), Jeremy Hora (lead guitar), Dave Benedict (bass) and Danny Craig (drums).

Canadian rockers Age of Days, best known for their Top 20 singles “Afflicted” and “Bombs Away” also join the tour for the first 7 shows, in support of their new single “Whatever”.

Tickets will go on Sale to the General Public
Friday September 7th 2018 at 10:00am