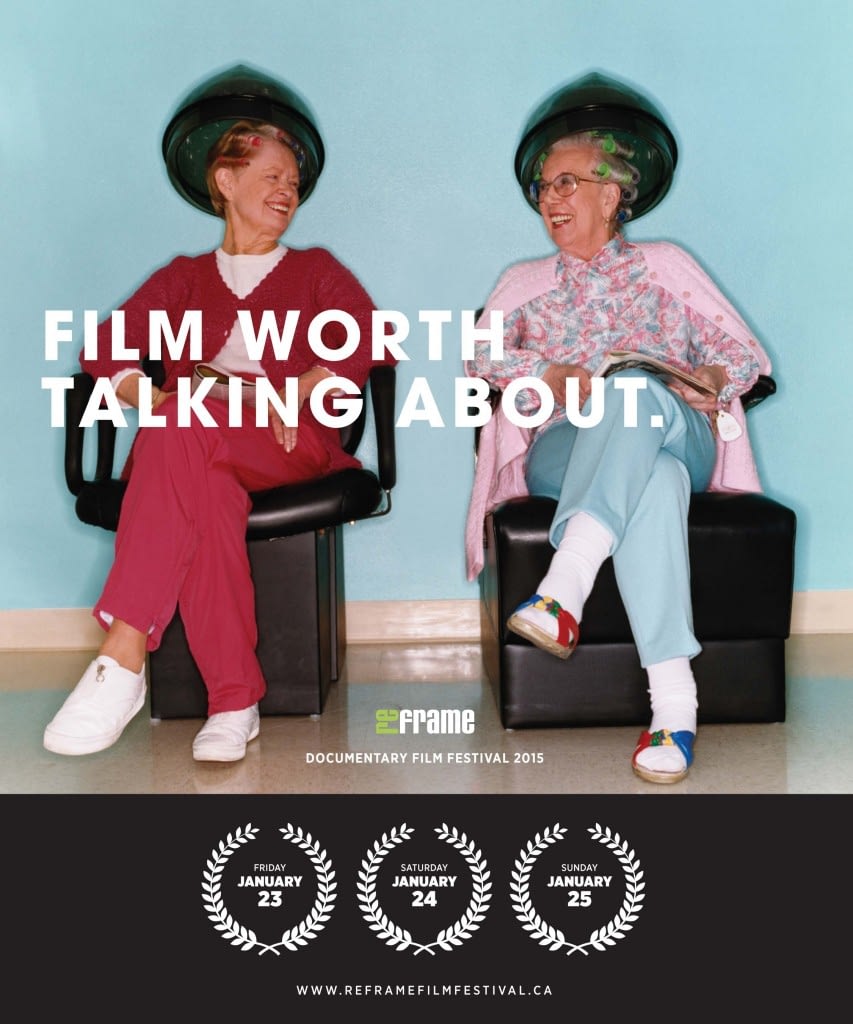 ReFrame is a community happening. Last year our volunteers spent 5,500 hours to help make the 2014 festival happen; 37 per cent more of you came to the festival – 11,400 packed our venues at the ReFrame and REELkids festivals. For this year’s festival we can proudly say that over 45 per cent of the films scheduled are directed by Canadians, and over 50 per cent have women directors.

Over 100 community sponsors call ReFrame their own. These sponsors are as inspiring as the films you will see. Many of them seek a deeper understanding of our complex world and then work actively to improve it. We at ReFrame believe that many of our filmmakers, their films, and the subjects they bring to the screen are trying to do the same.

Our sponsors have a global conscience – fighting to free political prisoners worldwide, supporting women in Afghanistan, and helping grandmothers in South Africa support children orphaned by AIDS, to mention just a few. In our local community so many people are acting to make Peterborough a more just and equitable place – for people living with physical and mental challenges, for our LGBTQ community, for women who have faced domestic or sexual abuse, for workers, and for our prized natural environment. These are only some examples of the inspiring work of our sponsors.

There is a symbiotic relationship between people working to “make things better” and ReFrame filmmakers and their subjects. Each influences the other; each needs the other. The art of film offers new insights through the voices and experience of people across the globe.

SENIORS SPEAKING OUT: From Granny Power, a Canadian film in which Raging Grannies sing out against injustice; to Stream of Love, where older Romanian women and men reflect back on the romance and desire they’ve experienced through their lives. In a Sundance Film Festival Audience Award winner, Alive Inside, you will even get to hear from people with Alzheimer’s who find their voices by listening to the right music.

LGBTQ ACTIVISTS – PAST AND PRESENT: Step inside California’s recent battle for the freedom to marry in The Case Against 8; travel back to the Zurich of the 1950s to follow a story of love and politics in one of the first gay liberation movements, in Switzerland’s 2015 Academy Award selection, The Circle; or get to know the surprising George Takei, a Star Trek star who has come out and now travels through a somewhat different (and slightly closer) galaxy as an LGBTQ activist (To Be Takei).

More information can be found at http://reframefilmfestival.ca/