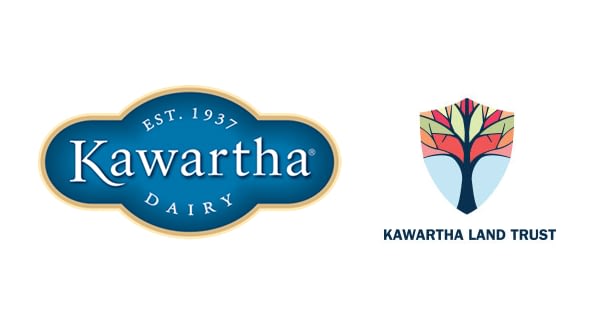 Community support has been a key factor in getting the Kawartha Land Trust (KLT) closer to its goal of raising $1 million toward the securement and preservation of Boyd Island.

Kawartha Dairy also added “a very generous additional amount” in memory of Jack and Ila Crowe, who founded the company in 1937. Many other businesses in the area have stepped up as well, wishing to see Boyd Island preserved by the KLT.

“The whole community is behind this project,” says KLT Executive Director Mike Hendren. “Given the generosity and support we’ve seen so far, I am highly confident we will make our goal on time.”

As the largest undeveloped and unprotected island in southern Ontario, Boyd Island is home to unspoiled wetlands, diverse and old growth forests, wildlife, and a wide variety of plant species. First Nations peoples used this Island as a meeting and harvesting place thousands of years ago and today it has compelling cultural value to them and to many others in the area. At Curve Lake, some refer to the Big Island as Chiminis.

The current landowner intends to generously donate the island to KLT, provided that necessary funds to manage the property in a natural state in perpetuity can be raised before November 30, 2015. The goal is to raise $1 million, to be held in trust by KLT (a registered charity), to generate sufficient annual income to support basic stewardship activities on the Island.

Kawartha Land Trust is a non-­‐governmental organization and registered charity dedicated to acquiring land and interests in land and maintaining it in a natural state. To date, KLT has partnered with several Kawartha area landowners to help protect more than 20 significant natural sites. To learn more about KLT or to become a donor, visit www.kawarthalandtrust.org