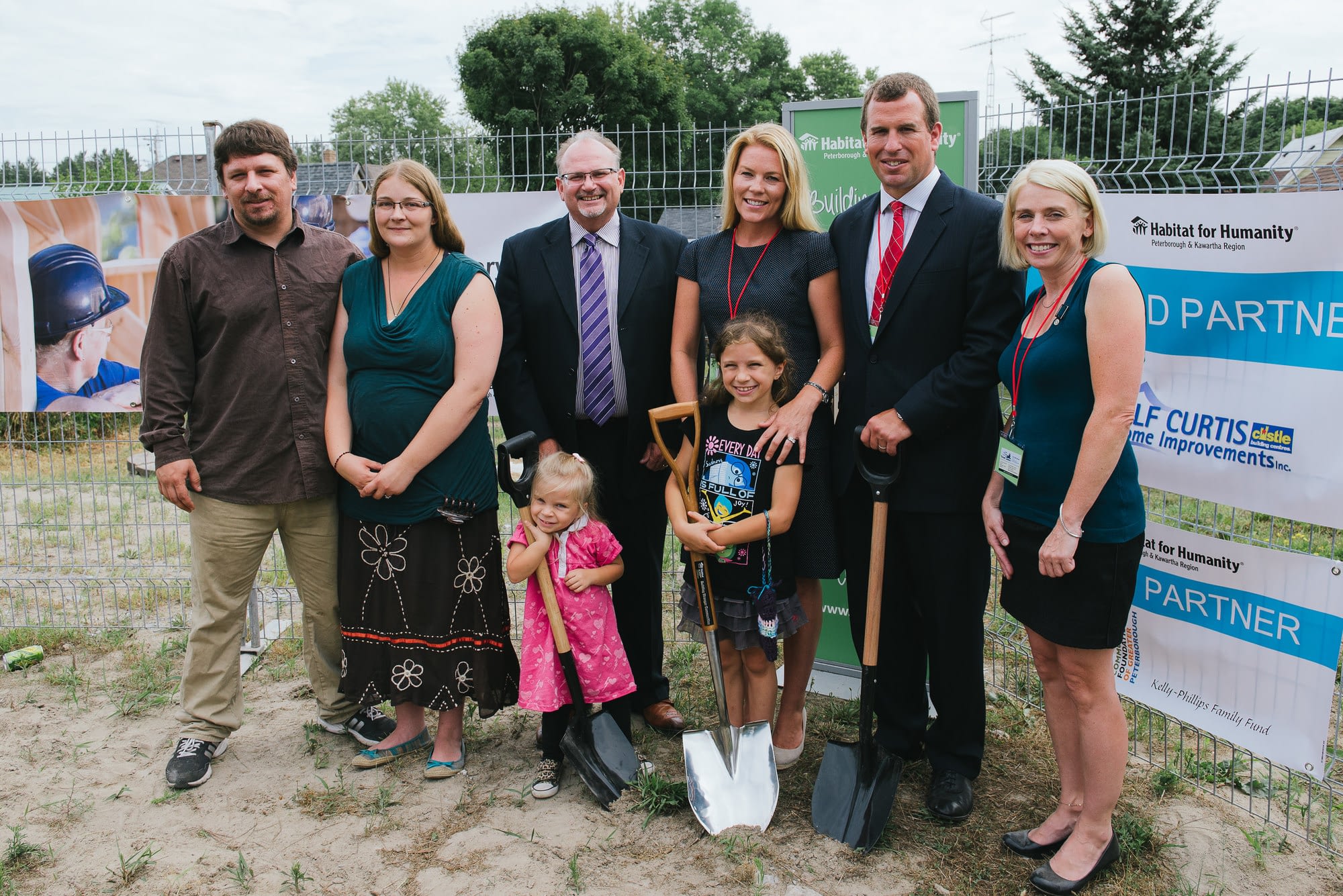 Peter Phillips is the son of Princess Anne and Captain Mark Phillips and the oldest grandchild of Queen Elizabeth II and Prince Philip,Duke of Edinburgh. Autumn Phillips (née Kelly) grew up in Montreal where she graduated from McGill University. Peter and Autumn met in 2003 in Montreal and were married in 2008 at St. George’s Chapel at Windsor Castle. Peter and Autumn have two daughters, Savannah and Isla. The family resides in Gloucestershire. Peter is the Ambassador for Habitat’s Youth Build Program and Autumn serves as the Ambassador for Habitat’s Women Build Program.

“We are thrilled to represent Habitat for Humanity Peterborough & Kawartha Region as Royal Patrons and Ambassadors for both their Youth Build and Women Build Programs,” says Peter and Autumn Phillips. “We see the tremendous value in Habitat’s mission to help families cross the barriers to homeownership.”

In partnership with Douro-Dummer, Habitat hosted an event at the Warsaw Arena to shed light on the affordable housing crisis faced by countless families across the region. The event highlighted how Habitat for Humanity plays an important role in the affordable housing continuum. A traditional Ground Breaking Ceremony followed immediately at the build site, 887 Peterborough Street inWarsaw. Volunteers, sponsors and community representatives celebrated the beginning of a new build by turning sod on the first Habitat home to be built in Douro-Dummer Township. Once complete, the three bedroom, single-family detached home will be purchased by the Clark-Bandi Family: Josh, Natasha and their two daughters Autumn (9) and Jasmine (4).

Like all partner families, Josh & Natasha will purchase their home from Habitat with no down payment, 0% interest mortgage and geared to income monthly payments. The Clark-Bandi family was thrilled upon learning they had been accepted as a partner family for the Warsaw home. “We are so grateful for this opportunity,” says Josh. “Habitat is offering us a hand up to build a better future and invest in something that will benefit our family for years to come. We will finally have a stable place to live that our girls can call home.”

The lot at 887 Peterborough Street in Warsaw has been made available to Habitat as a donation from Douro-Dummer Township. Enthusiastic volunteers and countless local groups and businesses have supported many fundraising efforts over the past two years, making it possible for construction plans to progress at the beginning of August.

“We are so proud of how much the community at large has accomplished in helping to make our first Habitat build in Douro-Dummer Township a reality,” says Sarah Burke, CEO Habitat for Humanity Peterborough and Kawartha Region. “For the Clark-Bandi family, this opportunity is life-changing. Josh and Natasha can now look forward to building a brighter future for their two young daughters and investing in something that will benefit their family for years to come.”

About Habitat for Humanity Peterborough and Kawartha Region
Habitat for Humanity is a non-profit organization whose mission is to mobilize volunteers and community partners in building affordable housing and promoting homeownership as a means to breaking the cycle of poverty.  Habitat gives a “hand up not a hand out” to low income families by offering 0% interest mortgages, with no down payment and geared to income monthly payments.