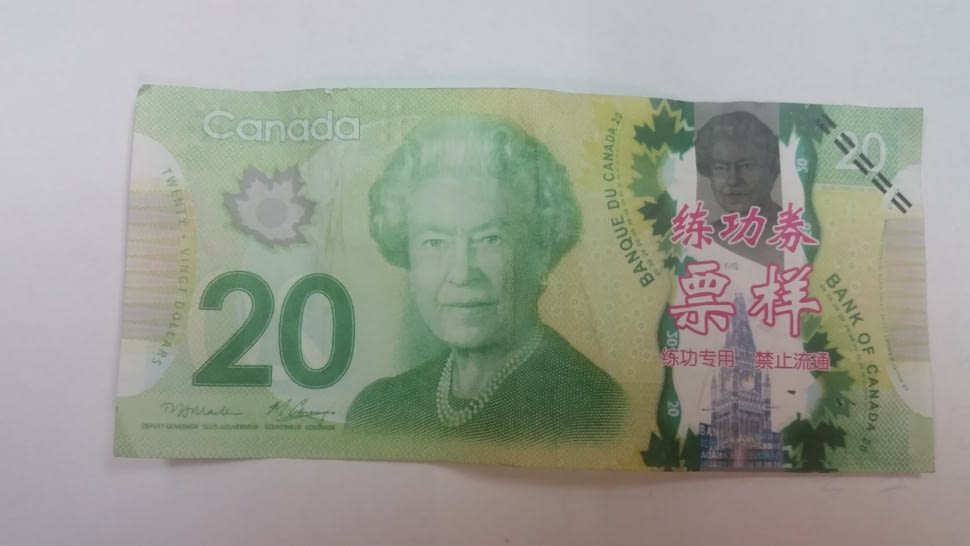 Be watchful for counterfeit bills

The Peterborough Police Service is warning businesses and the general public to be watchful for counterfeit bills currently circulating in our area.

The bills, that may at first glance appear as Canadian currency, have identifiable Chinese characters marked on them. If your Canadian cash has Chinese writing on it, it’s a fake.

Three of these fake bills were recently seen at a Peterborough-based grocery store. The bills with Chinese lettering are apparently intended for training purposes and are not meant for circulation.

We are advising businesses and residents alike to always carefully check bills during transactions and immediately report any suspicious bills to the Peterborough Police Service via the non-emergency line 705-876-1122.

A similar counterfeit bill, seized by the Northeast District RCMP in late August 2017, is now being seen in Peterborough. Some of the counterfeit bills being circulated have blue Chinese characters.