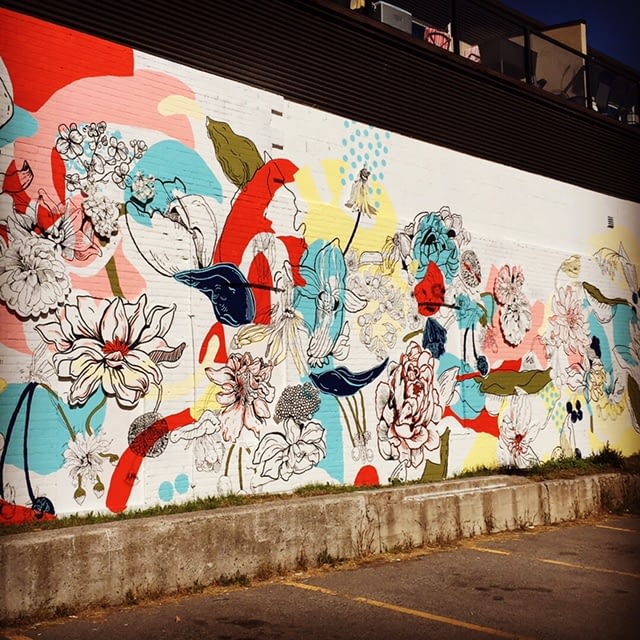 Following a nation-wide call for proposals and an exhaustive juried review process, Artspace and the City of Peterborough are pleased to announce that Chrissy Poitras has been chosen to complete the Aylmer Street mural in downtown Peterborough, Ontario.

Chrissy’s mural will be an exciting contribution to Peterborough’s ongoing downtown mural project.

“The bright colour pallet and energetic floral cascade will liven the area and engage passers-by. Bringing botanical elements into an urban part of the city will change the area’s atmosphere, as well as the relationship residents, have with a building that used to blend into the background. The flowers featured will be based on the wildflowers and locally grown flowers of the area” (Chrissy Poitras).