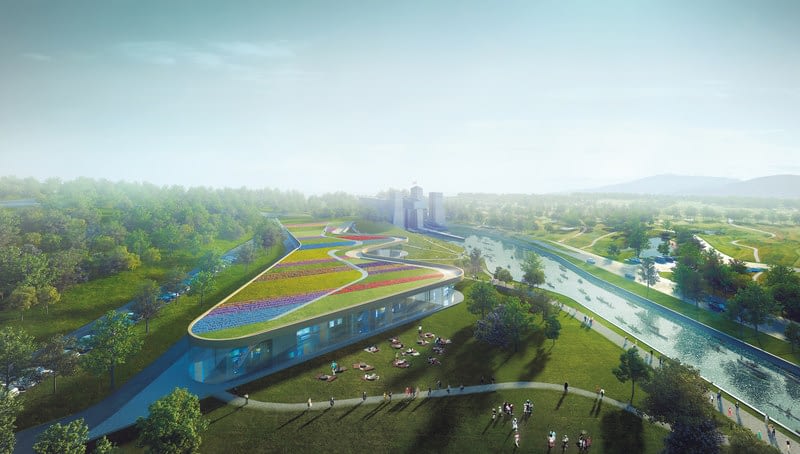 An anonymous out-of-province donor, who believes in the power of the canoe to connect Canadians, has invested $1.25M to support the Canadian Canoe Museum’s move to the water’s edge.

This generous gift is the first of its magnitude to be received from a donor outside of Ontario, demonstrating the national scope and scale of the new museum project.

The Canadian Canoe Museum stewards the world’s largest collection of canoes, kayaks and paddled watercraft, and is moving from its 1960s-era former factory building to an 85,000 square-foot-facility to be built alongside the Peterborough Lift Lock on the Trent-Severn Waterway – both National Historic Sites – in Peterborough, Ontario.

“We are grateful for this generous gift, and the donor’s appreciation for the national nature of the new museum project. This donor recognizes the canoe as a national icon, and sees its potential and power to connect Canadians,” says Bill Morris, Capital Campaign Chair.

“Our collection is of national importance, as is our work; and the new museum will not only allow us to attract more visitors from across the country, it will allow us to reach out from coast to coast to coast in new and different ways. It will be our new high-profile headquarters.

” The exhibits in the new museum will strive to tell a truly national story, inspired by the watercraft in the collection and with content from each of six identified regions including Arctic, Atlantic, Boreal Forests, Great Lakes / Saint-Lawrence, Pacific Northwest and Prairies.

“The idea of the canoe is such a simple one,” says Jeremy Ward, Curator. “But it’s never just that; it’s a vessel that often carries stories, it’s a connection to the environment around us and it’s an expression of cultural and geographic diversity across this country. The canoe can be a guide, offering us new ways to learn from each other.”

The new museum, which will make accessible all 600 watercraft, thousands of small artifacts and an archive, is designed by an award-winning team of heneghan peng architects (Dublin, Ireland) with Kearns Mancini Architects (Toronto, Canada). The museum has partnered with world-class exhibition design firm GSM Project to create one-of-a-kind visitor experiences.

The new museum will be supported by a $65 million capital campaign, and has received foundational financial support from municipal, provincial and federal governments. The W. Garfield Weston Foundation has invested $7.5 million, building on its more than 20-year-long legacy of leadership with the museum.

The future of the museum is also supported by its National Council, a new and growing group of distinguished individuals who are passionate about the work of the organization. They believe in the importance of the canoe to Canada, and have lent their support and enthusiasm to the building of this new national museum. Their names are listed at canoemusem.ca/national-council.